Appodeal usually publishes the average eCPM they are getting by country by format/size in each country. The last report was April (the June one will probably be released this week).

In general, Appodeal has very good eCPM across the board. When I have compared it to other networks Appodeal has always provided a higher eCPM.

But these are just averages with some tweaking of the waterfall, you can beat these numbers easily. This is US/iOS/banner for the month of April for two of my apps on Appodeal:

The average reported by Appodeal: 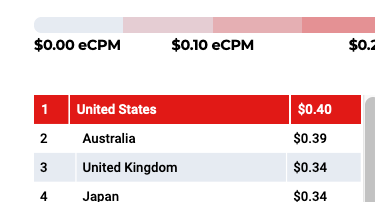 Mexico and Spain banner ads as reported by Appodeal for April: 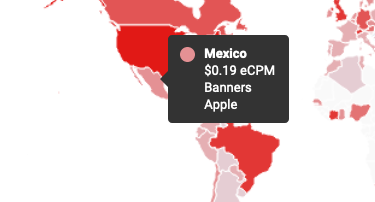 Same data for cuadros 2 on Appodeal:

This site uses Akismet to reduce spam. Learn how your comment data is processed.